Connect and share knowledge within a single location that is structured and easy to search.

Almost half of the questions so far are about math

I counted earlier and found that 23 of 48 questions were about either mathematics or mathematicians. While I am probably most interested in the history of mathematics, I am hoping this site will become a good resource for the history of other sciences. However, I'm concerned that if math questions start to dominate the site then history of science experts will lose interest.

Is there anything that can be done about this (other than asking more science questions, of course)?

That mathematics would be particularly strongly represented should not be much of a surprise. This site is the product of its users, and the user base here is quite mathematical. Among those who committed on Area 51, almost a third of users are active on Mathematics SE. Over 10% are also active on MathOverflow. The only science site to show up in the top 6 sites listed there is Physics, with about 1/6 of all committers. Other science sites don't even show up.

There are, of course, essentially only two things we can do to "improve" the ratio of mathematics to other topics.

This puts much of the onus of asking such questions on the users with interests which are currently underrepresented. That's not really avoidable though. But we can (and should) invite others to this beta site to try to get better representation. If you know some biologists, chemists, or other scientists who have an interest in history, you can send them an invitation through the widget on the right of the front page of the main site. 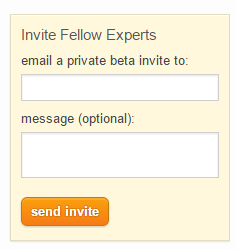 However, we can also take steps to ensure that even if mathematics is over-represented, this does not stifle the development of other communities on this site. The most important step here is making sure we have a fairly robust tag system. Users should easily be able to ignore subjects they don't care about by ignoring the tags. This means every question should have a top-level discipline tag (e.g. mathematics, experimental-physics, etc. as described in Danu's proposal).

It's also potentially a good idea during this private beta period to actively seek out a couple questions for major disciplines, even if they aren't personally of great interest. It would be something of an embarrassment to enter public beta with only two questions tagged biology. I think we should wait a few days and see what happens, but if it looks like that's the direction we're going I think we should try to come up with at least a few good questions for the major scientific disciplines before public beta begins, just so that future users will have somewhere to start.

In all honesty, so long as we reach public beta with at least a few high quality questions and answers from all major disciplines, I think this site will eventually grow to one which has reasonable (if not equitable) representation of all disciplines. Having a lot of mathematics questions won't be a problem for someone whose interests are elsewhere any more than the converse so long as our tag system effectively classifies these.

On my opinion, there are some good reasons for this. Mathematicians in general are more interested in history of their science then other scientists. With the only exception of astronomers. Because much of the mathematics of the past is still relevant. Many mathematicians (working mathematicians, not professional historians!) still enjoy reading Euclid, Archimedes or Newton. Very few physicists would read such old things, I am not even speaking of chemists of geologists. And the fact that most of those who started this site are mathematicians is another evidence of the same.

I do not see any reasons to worry about this. I am a mathematician myself but I like reading (and sometimes even answering) questions about other sciences.

I am seeing a strong shift away from any sort of math dominance.

I have deleted my previous answer for various reasons, but I want to address something that Alexandre Eremenko stated.

A bit of background, I am an experimental applied physicist, as such are often looked down on, despite this field being just as rigourous and as important as the theoretical and mathematical side of things. My colleagues and I often research and explore the history of our science - primarily to ascertain their methods (and adapt them) and also explore their rationales behind their methodology.

I fear that the history of the sciences will be treated like experimental physics on Physics.SE - while being on topic, is largely ignored (and at times, downvoted on Physics.SE - the reason I don't post much there either) - so, essentially a 'scholarly backwater' on what is becoming a history of mathematics dominated site.

I am afraid that HSM is becoming yet another place where experimental sciences are pushed aside, discarded and treated like a 'lesser' scholarly pursuit.

As J.W.Perry showed the number of questions is not that much a problem (and after all if we want more questions in non-mathematical themes we can just ask them) however i do think we are lacking in experts, specifically in life sciences, earth sciences and chemistry (see the tags on the list of active users for instance).

I think one thing that can be done to attract experts in those fields is posting a community ad on Biology.SE, Chemistry.SE and EarthScience.SE.

Not the answer you're looking for? Browse other questions tagged discussion .

This site is for discussion about History of Science and Mathematics Stack Exchange. You must have an account there to participate.

12
Proposal: A tentative tagging scheme
11
Who should our moderators be?
5
Answers in Wikipedia
8
Should Math SE seed HSM with some history of mathematics questions?
7
Are questions about science-related linguistics on-topic?
9
Our #1 target community: Those who teach, study, write or read about the history of science and math
11
Writing history posts for the math.SE blog
3
Discussion about “motivation of concept” kind of questions
1
Are questions about the history of pseudoscience on-topic?